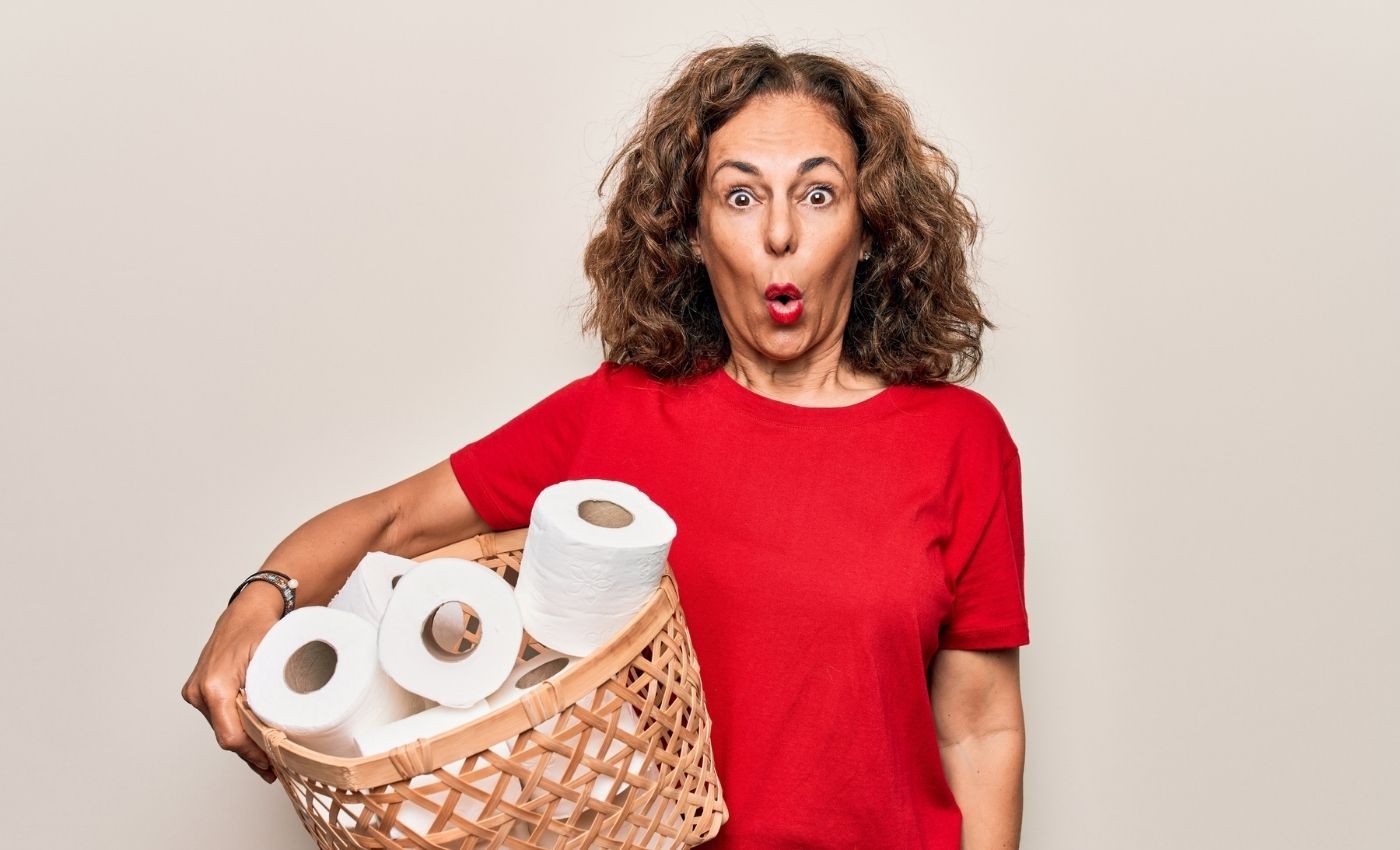 5 of the Most Common Digestive Problems + Their Causes and Treatments

Some of the world’s most embarrassing stories come from situations where you have found yourself running to the bathroom - am I right?

It’s true! — digestive problems not only make us feel uncomfortable and unwell but they always seem to strike at the most inconvenient time: at your kid’s birthday party, at that important meeting with your boss, or catching a flight on vacation (UGH! on vacation!)...it ALWAYS seems to happen when you’re miles away from a toilet!

Indeed, digestive problems are treacherous, unforgiving, and have such vicious timing. Thankfully, we’re not helpless against them.

In fact, unless they’re caused by a medical condition, the most common digestive problems are pretty easy to tame.

Given that they’re usually caused by poor lifestyle choices, their solutions are simply correcting those choices with a bit of extra help from nutritional supplements.

Let’s talk about the most common digestive problems, understand their causes, and learn how to treat them.

What are digestive problems?

To better understand digestive problems, it helps to know how digestion works first. You probably already have a decent knowledge about it, but let’s do a quick recap anyway: 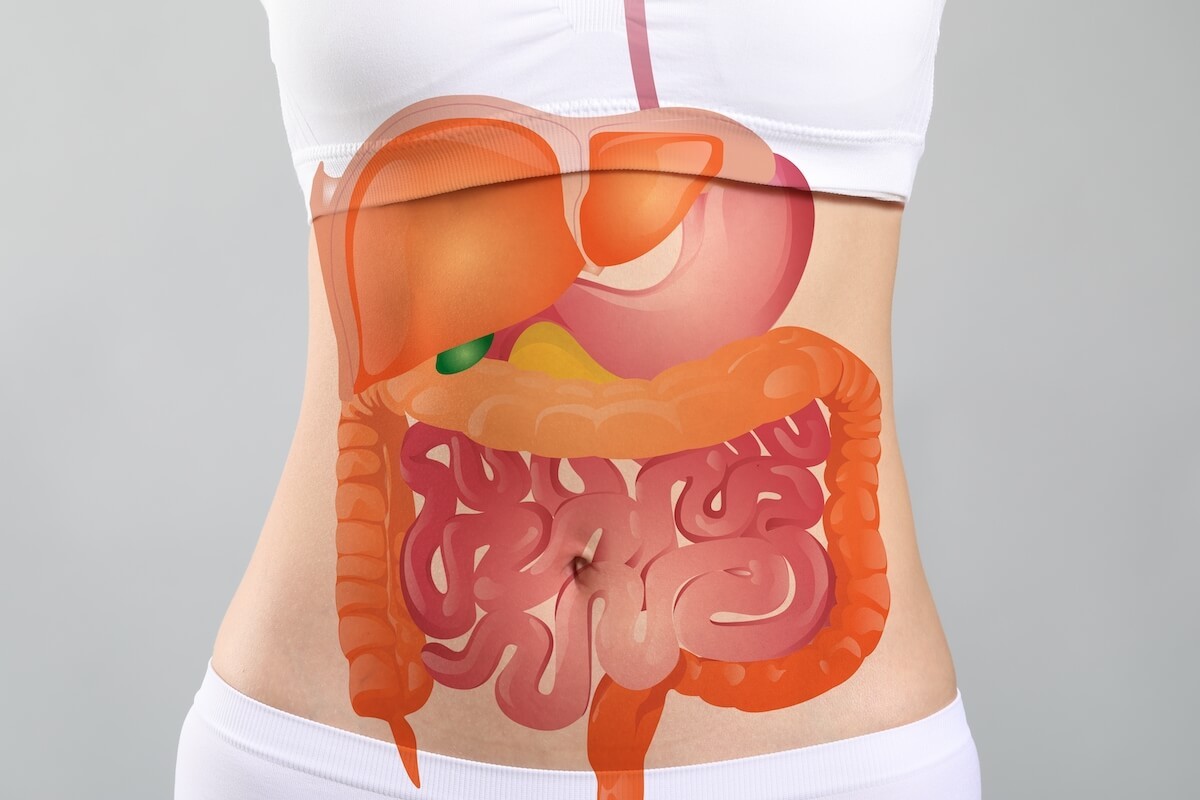 Digestion starts in the mouth where our teeth break the food down physically, while the enzymes in our saliva break it down chemically. Our saliva also moistens the food so it can slide through the esophagus easily.

After we swallow the food, our esophagus contracts repeatedly to push or “massage” the food down through the sphincter (a muscle ring) and into our stomach.

Inside this muscular sack, the physical and chemical breakdown of food continues. Our stomach churns the food while digestive enzymes produced by our stomach and pancreas break them down further.

Afterwards, the food is once again massaged through another sphincter and into the small intestine. Here, the food and its nutrients continue to break down chemically until their molecules become tiny enough to be absorbed into the bloodstream.

Once done, the remaining waste is pushed into the large intestine, which then removes the water from it and stores it in the rectum. From there, the waste can be removed outside the body through the anus.

If anything goes wrong in any of these organs or how they work, you experience digestive problems.

What are the most common digestive problems?

The most tell-tale signs that you have GERD is heartburn, acid reflux, and regurgitation.

GERD happens when your stomach contents go back up or reflux to the esophagus without you forcefully contracting your muscles. This creates a burning sensation in your chest and throat caused by the acid that has already mixed in with the stomach contents you just regurgitated.

Acid reflux and regurgitation occurs more often if the sphincter at the end of your esophagus and the beginning of your stomach isn’t tight enough to keep the stomach contents in.

The sphincter loosens when (1) your stomach bears too much pressure during pregnancy or when you gain too much weight or (2) when you smoke and consume too much alcohol and caffeine:

In both cases, the sphincter’s ability to prevent the stomach contents from going back up the esophagus is impaired.

Given the causes, the obvious treatment for GERD is lifestyle change: drop the cigarette and the bottle, don’t drink too much coffee, and prevent weight gain by eating healthier and exercising more. 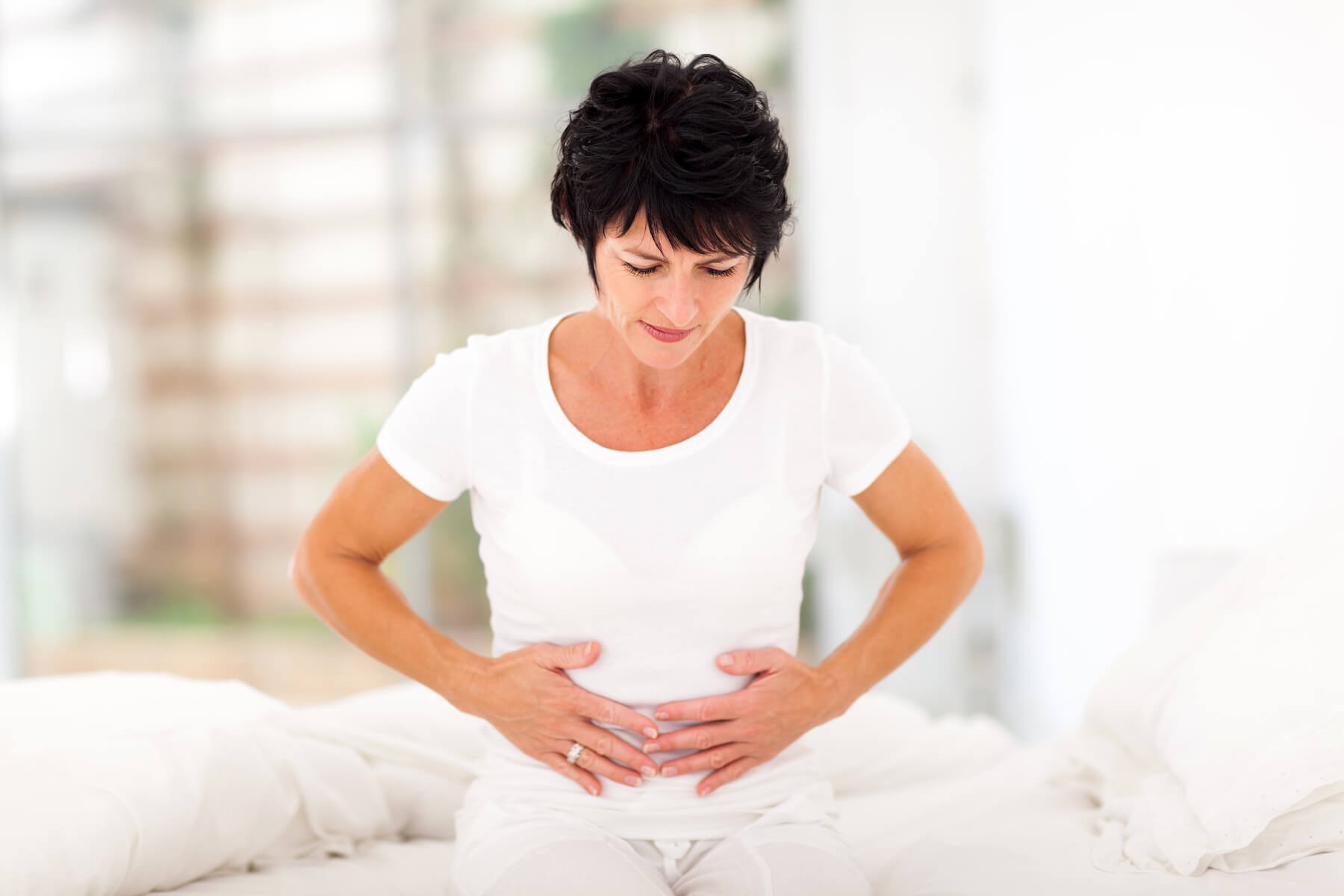 You’d be hard-pressed to find someone who haven’t had a difficulty doing a number 2 at least once in their lives.

Constipation happens when you find it hard to remove your bowels. And if you ever succeeded, you had to do it forcefully.

You can say you’re constipated if:

Weak muscles in your GI tract and a low-fiber diet can cause constipation. Weaker muscles make it hard for your GI tract to move the bowels along until it exits your body.

You’d be hard-pressed to find someone who haven’t had a difficulty doing a number 2 at least once in their lives.

Constipation happens when you find it hard to remove your bowels. And if you ever succeeded, you had to do it forcefully.

You can say you’re constipated if:

Weak muscles in your GI tract and a low-fiber diet can cause constipation. Weaker muscles make it hard for your GI tract to move the bowels along until it exits your body.

In addition, not having enough fiber in your diet may slow down digestion and your bowel movement. When this delay happens, your large intestine absorbs more water from your bowel, leaving it very dry and hard to pass out of your body.

Given these causes, try to remedy constipation by drinking lots of water, eating more fiber-rich foods, and not resisting the urge to poop (which is probably what caused your constipation in the first place).

If none of this works, try exercising regularly, increasing its intensity as you see fit. Exercise strengthens your muscles, including those that help move your bowels out of your body.

If you experience bloating, burping, vomiting, discomfort, and lack of appetite, you might have irritated and inflamed stomach lining— a condition known as gastritis.

The most common causes of gastritis are alcohol, medicines such as aspirin and anti-inflammatory drugs, and the Helicobacter pylori (H. pylori).

Drinking too much alcohol, can wear down your stomach lining and make it more sensitive to the acidic gastric juices in the stomach. And according to research, aspirin can do the same or probably even worse because it can cause bleeding in your stomach’s lining.

Additionally, the H. pylori bacteria grows in the mucus layer of your stomach lining where it secretes ammonia to protect itself from its acidic environment. There, it penetrates the mucus layer and cause inflammation.

To relieve yourself from the symptom of gastritis, avoid trigger foods such as spicy foods, coffee, and alcohol.

As for the treatment, it depends on the cause of the gastritis— if it’s the H. pylori bacteria, you’ll need antibiotics, and if it’s too much aspirin, you’ll need acid suppressants.

Either way, you need to talk to your doctor.

Diarrhea— also called watery stools— is a vicious digestive problem that attacks during the most inconvenient times.

Feeling an occasional urgency to “go” is no big deal. However, when you have loose stools that force you to the toilet at least three times a day for four weeks straight, you have a problem.

There are many reasons why your bowels won’t stop coming out. It could result from an infection, a disorder, or your body’s inability to digest food and absorb its nutrients. 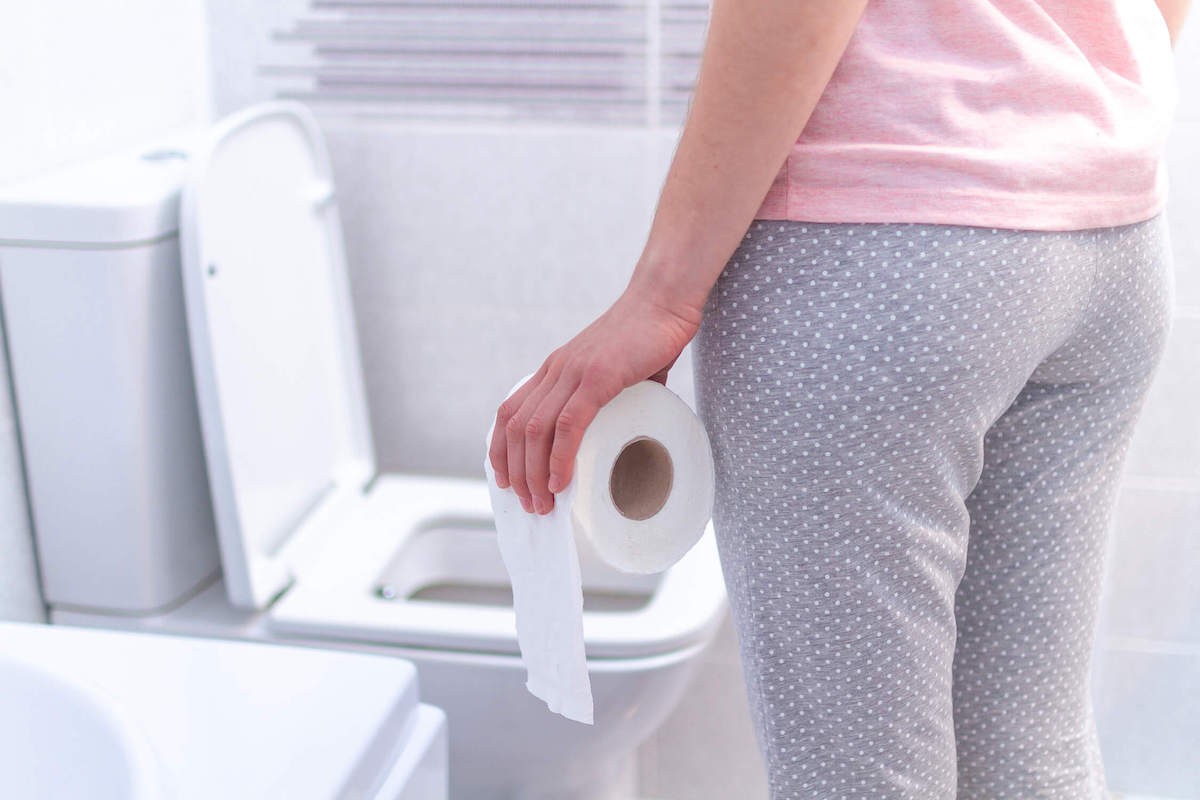 Some of the way to stop diarrhea is to drink clear fluids (like water and broth) and eat more solid and low-fiber foods until your stool becomes formed (try eggs, chicken, and toast).

Also, avoid drinking too much alcohol and caffeine or eating too much dairy, especially if you’re lactose intolerant. Alcohol speeds up digestion, contributing to diarrhea, and caffeine stimulates muscle contractions that pushes out the contents of your GI tract faster than you want them to.

This digestive problem is commonly associated with gastritis because they’re caused by the same factors.

Peptic ulcers happen when sores develop in your esophagus, stomach, and small intestine. The sores develop because of the inflammation caused by the H. pylori bacteria, aspirin, and anti-inflammatory drugs.

This condition can be eliminated with the right treatment and lifestyle. But when ignored, it can worsen and cause a bleeding ulcer, which can make you loss a significant amount of blood and form scars that can disrupt the movement of your bowels along your GI tract.

These vices and unhealthy choices create an unhealthy biome that let bad bacteria win in your gut, weaken the muscles in your GI tract, cause improper digestion, delay or hasten bowel movements, and irritates and inflames the GI tract— all of which lead to digestive problems.

How to relieve digestive problems

Given the causes above, the digestive problem treatments you should follow are: 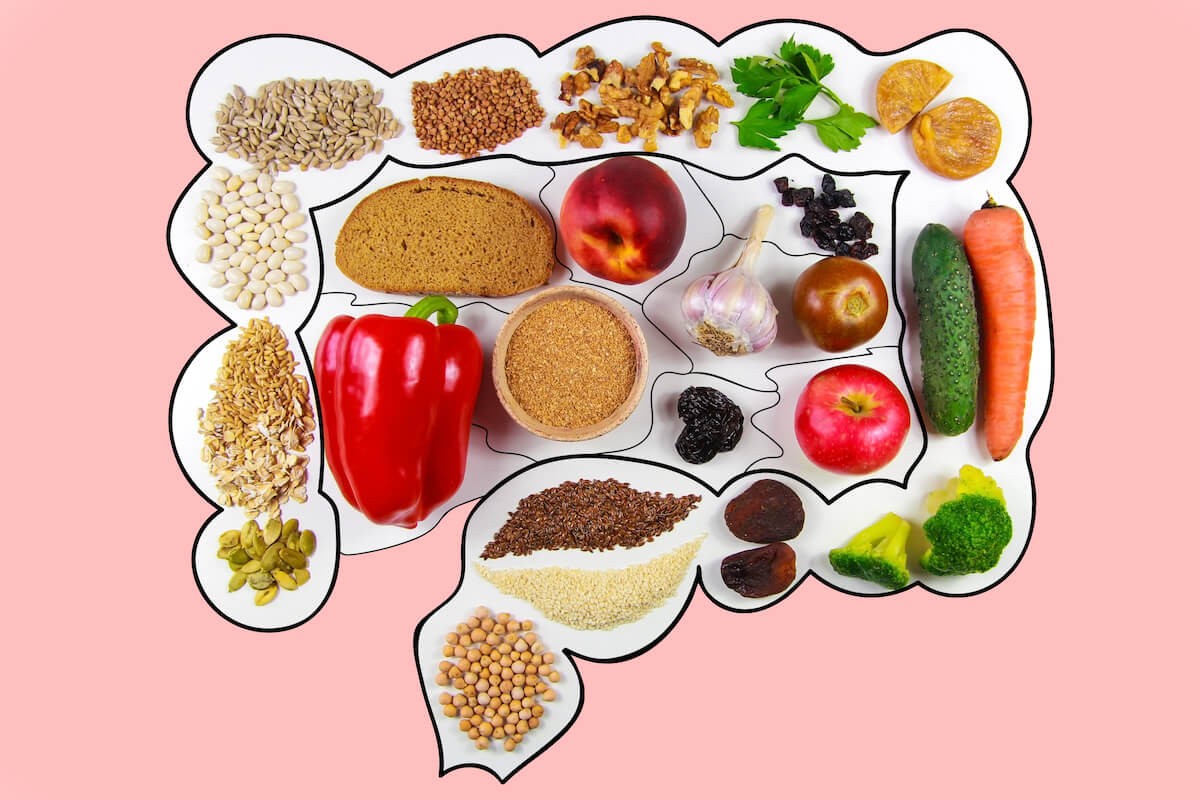 Eat more fiber from legumes, whole grains, cruciferous vegetables, and other fiber-rich food sources. Aside from cleaning your colon and preventing constipation, fiber can help you lose weight and follow your Intermittent Fasting (IF) plan.

Insoluble fiber pushes the rest of your bowels along the GI tract to avoid constipation. Also, it makes you feel fuller longer because it’s indigestible.

However, make sure not to eat more than 70 grams of fiber a day. Eating too much fiber means having too much undigested food in your stomach, causing bloating and constipation.

And if the fiber is fermentable, your gut bacteria will feast on it and produce huge amounts of gas, which when released at the wrong place may put you at risk of having another embarrassing story.


Also, drink coffee and alcohol moderately. They may provide too much stimulation in your GI tract and cause diarrhea.
Lastly, drink plenty of fluids to prevent constipation.

We have good bacteria and bad bacteria in our body that make up our microbiome.

To keep our microbiome healthy and maximize gut health, we need to make sure we have plenty good bacteria that fight off disease-causing bad bacteria such as the H. pylori that causes gastritis and peptic ulcer.

Probiotics are one of those good bacteria that keep H. pylori and other bad bacteria at bay so we can stay healthy.

While you can get probiotics in yogurt, you’re better off consuming highly nutritious, whole-food-based superfoods in greens powders like the AgelessLX Power Greens.

Best of all, it’s absolutely delicious and only has 30 calories, so it won’t make you gain weight and it won’t break your fast (if you’re doing IF). 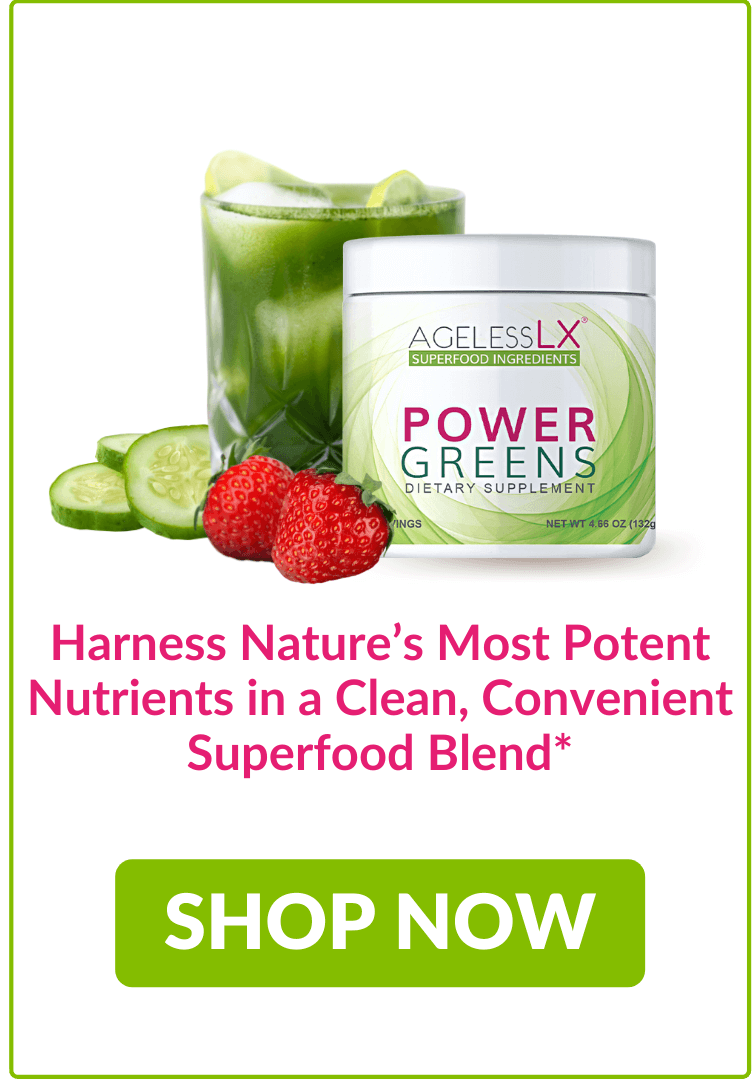 Aside from that, taking the AgelessLX Power Greens reduces your need for caffeine. It contains antioxidants that fight off energy-sucking stress. It also has green tea extract rich in L-theanine which can boost your energy and alertness.

As mentioned, exercise helps strengthen the soft muscles in our GI tract. This includes the sphincter the food goes through before entering the stomach.

It’s the same sphincter that prevents your stomach contents from getting regurgitated from your stomach to your throat. 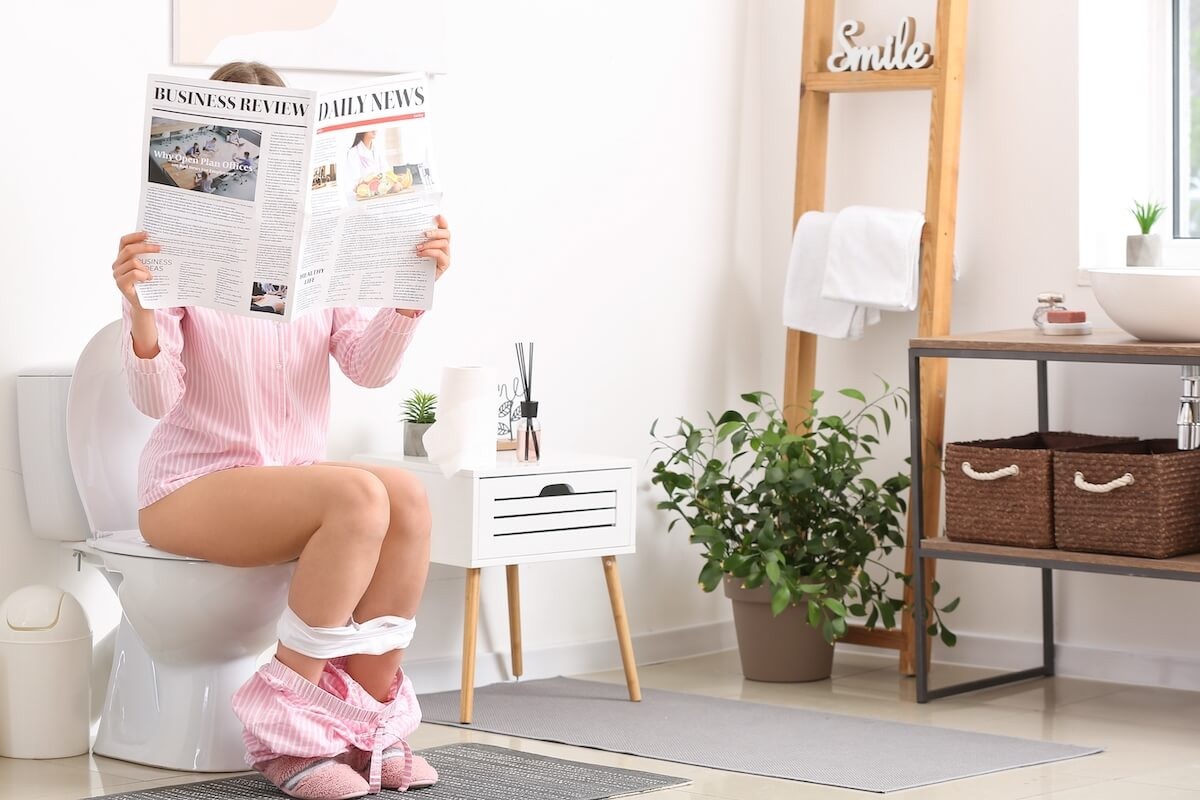 Holding your poop means giving your large intestine more time to absorb water from your bowels. This hardens your poop and make it hard for you to push it out of your rectum through your anus, resulting in constipation.

Also, it may make you lose the urge to remove your bowels. When ignored, this can escalate to fecal incontinence, a condition in which you lose control over when to poop, resulting to a leaky rectum.

Digestive problems aren’t unheard of. Some of the most common among them are GERD, constipation, gastritis, diarrhea, and ulcers.

It also helps to take a whole-food-based all-in-one nutrition solution like AgelessLX Power Greens that contains nutrients that promote gut-health (to amplify the benefits of a healthy diet) and increase energy (to lessen your need for coffee).